The Bank is mandated under the Bank of Tanzania Act, 2006 to have the sole right to issue banknotes and coins in and for Tanzania, which shall be the only legal tender in Tanzania. The Bank is therefore responsible for designing and procuring banknotes and coins to meet the currency needs. The unit of currency in Tanzania is the Shilling, each of which is divided into one hundred cents. The Bank ensures that its currency possesses qualities of a good currency, namely Read more..

Banknotes and coins issued by Bank of Tanzania

Since its inception in 1966, Bank of Tanzania has issued a series of banknotes and coins as indicated in this link Read more..

To ensure that customers of commercial banks get the required denominations of bank notes and coins and to ensure that they keep their money clean and safe, all commercial banks are required to remind their customers of their rights and obligations as summarized in this link ( Rights and Obligations of Bank Customers for Cash Transactions). This will help in keeping quality currency in circulation thereby reducing currency costs.

The first foreigners to visit East African Countries, particularly Tanzania, were the Portuguese in the 15th century and Arabs in the 17th century.
In this era barter trade was used as the main medium of exchange

Prior to 1919, monetary arrangements were different in Tanganyika (which was under the Germany rule) and Zanzibar, which had its own Government. The currency on the Mainland was the German Rupee, made of silver, while the subsidiary coin was the Heller, which was 1/100 of the Rupee.
Subsequently, in Zanzibar, the Indian Silver Rupee and its subsidiary coins were in circulation, while in addition, shells and cattle used to serve as a store of value, and, to a certain extent, even as a medium of exchange. Germans introduced commercial banking in the country in 1905, when the Deutsch-Ostafrikanische Bank opened its office in Dar es Salaam. This bank had a temporary minting company in Tabora; the bank had a responsibility of issuing Germans notes and coins in the country, to help the bank meet the demand for coins in exchange for its notes.

After the First World War, Tanganyika became a mandate territory of the United Kingdom (UK) and its monetary system was aligned to that of Kenya and Uganda. All assets of German banks were auctioned to allow British banks to open their offices. “Specie” and “Pice” were introduced as the currency to be used in the Mainland. In 1905 the Indian Rupee was made the official currency of the East African countries which was used until the establishment of the East African Currency Board.

Establishment of the East African Currency Board (EACB)

The East African Currency Board (EACB) supplied and supervised the use of the British colonies currency in East Africa from 1919 to 1966. It was established after Britain took control of mainland Tanganyika and the other East African Countries from Germany after the end of World War I.
The regulations defining the Constitution, Duties, and Powers of the EACB stated that it had been constituted to provide for, and to control the supply of, currency in the East African Protectorate, the Uganda Protectorate, and any other dependencies in East Africa, which might be added by the Secretary of State, to ensure that the currency was maintained in satisfactory condition, and generally to watch over the interest of the dependencies as far as currency was concerned.
Originally, the EACB operated in Tanzania Mainland, Kenya, and Uganda. Zanzibar adopted its currency in 1936. It was authorized to issue its own currency notes and mint coins according to the designs approved by the Secretary of State for circulation in its area of operations. The Secretary of State fixed the rate of exchange between the Board’s currency and the pound sterling. The Boards’ main function was to maintain the local shilling at par with the shilling in the United Kingdom; this was possible because sterling securities were used to back up local currency at all times. By June 1923, the East Africa shilling was firmly established as official currency in Kenya, Uganda and Tanganyika. The Board itself stopped functioning in 1966, when Central Banks came into existence in Tanzania, Kenya, and Uganda. 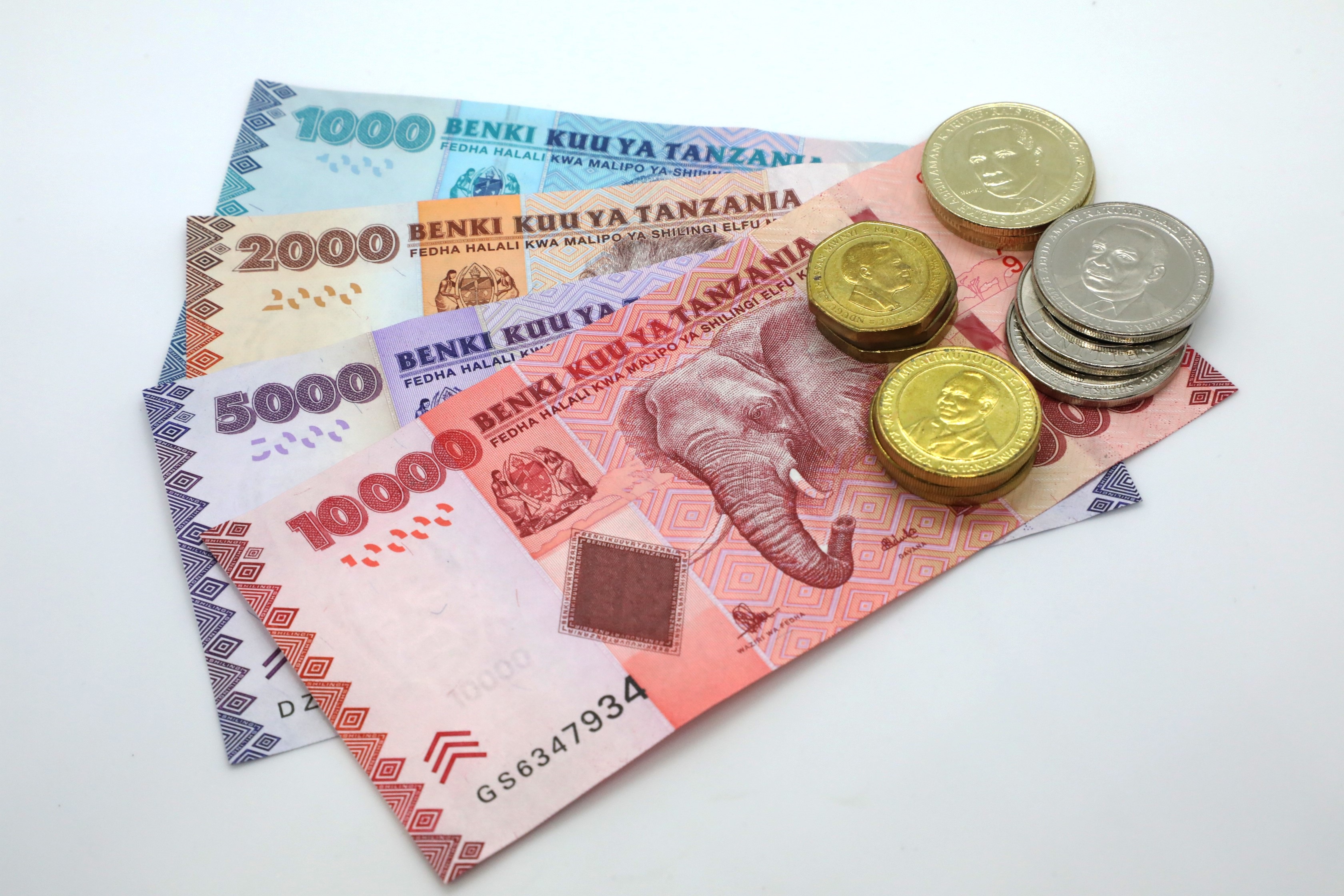 Bank of Tanzania Notes and Coins